Notepad++ is distributed as free software. The project was hosted on SourceForge.net, from where it has been downloaded over 28 million times and twice won the SourceForge Community Choice Award for Best Developer Tool. The project has been hosted on TuxFamily since June 2010. Notepad++ uses the Scintilla editor component.

Must Read :- how to change boot order in Linux

Install and get Notepad++ to work in Ubuntu

1. At first make sure your system running the latest WINE, if your system don’t have WINE, then type following commands in your terminal
2. Now Go to Applications and search Wine > Configure Wine and click on the “Applications tab” select “Windows 7” under “Windows Version” and click “Apply”. 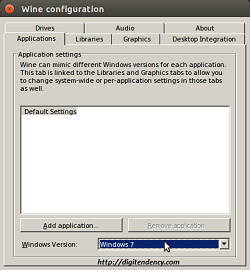 3. Download the Notepad ++ Setup file via this link
Click here to Download Notepad ++
Now install Notepad ++ -now your system to be able to run the “setup.exe” installer. Now right click on setup.exe and open with “wine windows program loader”. 4. Now you can install Notepad++ simple steps
installer language English > Ok > Next > Agree > Finish
then complete process you can see this window 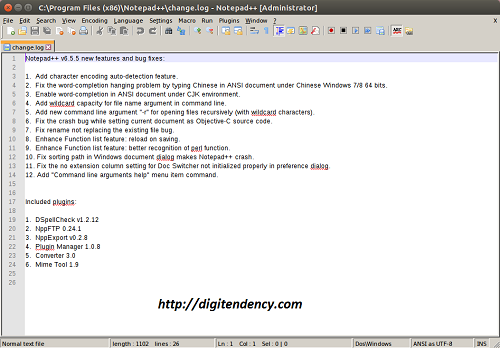 Now should work with Notepad ++

Must Read :- How to Make Video Server on Linux